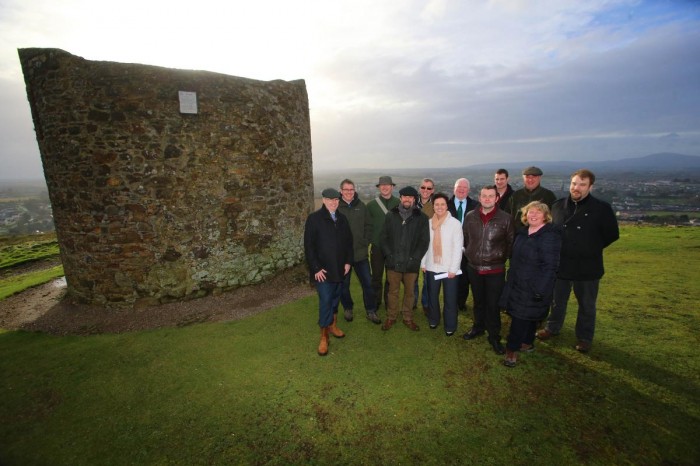 Just over one year since the commencement of the largest investigation into the history, geography and archaeology of any Irish battlefield, local, national and international members of its Steering Committee gathered at The National 1798 Rebellion Centre in Enniscorthy to hear updates on the progress made to date.

Those present heard presentations on a wide range of research – all with the hope of finally clarifying the course of events in Enniscorthy during the Rebellion of May and June 1798. These included insightful updates from the acting manager of the 1798 Centre, Rory O’Connor, on the historical record of the events in Enniscorthy; on the contemporary townscape and architecture by Edmund Joyce, Course Director of Culture and Heritage Studies Programme in Carlow IT; on photometric and underwater archaeology surveys by Jeff Hott and Dr Niall Brady respectively, while Stafford McLoughlin Archaeology presented the evidence of their recent excavations on the Hill. Jacqui Hynes discussed the oral tradition and described efforts presently underway by local school children to collect stories from family and neighbours. Dr. Tony Pollard, Centre for Battlefield Studies in Glasgow University, provided a fascinating perspective based on his ongoing research at the Battle of Waterloo site in Belgium.

The Committee were also delighted to welcome Kevin Barton, Director of Landscape and Geophysical Services Ltd, who has been awarded the contract for undertaking remote sensing surveys of Vinegar Hill Battlefield and its surrounding areas.

After a full and productive day, Dr. Ronan O’Flaherty, Chairperson of the Steering Committee, said he was delighted by the progress made to date. “It’s a really exciting project to be involved with, and I think we are finally starting to unravel what really happened on Vinegar Hill over 200 years ago. We are all looking forward now to what the remote sensing survey will throw up,” he said. The Project also hopes to involve the local community in its research and plans to make further announcements on this in the future.

Tony Larkin, Director of Services at Wexford County Council who are funding the project, said that Vinegar Hill was a key part of the County’s heritage, and a turning point in Irish history. ‘”With the announcement by Failte Ireland of their new marketing brand ‘Ireland’s Ancient East’, visitors to this country will look afresh at what the South East can offer. The heritage product here in Wexford is unrivalled and Vinegar Hill is a story we can sell worldwide.” Mr Larkin paid tribute to the contribution made by members of the Steering Group and of the project team, all of whom have given freely of their time to this Project.

With the recent announcement of ‘The Longest Day’ Research project for Vinegar Hill Battlefield, Enniscorthy’s most famous landmark has once again entered the limelight of historical interest. It promises to be a fascinating three-year study that will illuminate the history of this site, and give a clearer picture of the role Enniscorthy and the 1798 Rebellion played in our nation’s history. 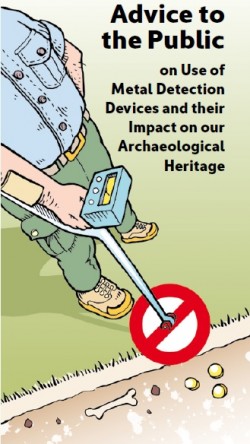 Use of metal detecting devices and their impact on our archaeological heritageWith national and international experts on hand to conduct the wide variety of planned surveys in compliance with all relevant legislation, now is a very opportune time to remind members of the public about the use of metal detectors on this, or any other site. Under the National Monuments Act 1930-2004, it is illegal to be in possession of a detection device at monuments or sites protected under the National Monuments Acts (this includes Vinegar Hill Windmill) and to use a detection device to search for archaeological objects anywhere within the State or its territorial seas without the prior written consent of the Minister for Arts, Heritage and the Gaeltacht.

This is because, although metal detection is very useful when conducted in a controlled manner, much of the value from archaeological objects is obtained from their context and position relative to the rest of the site. Simply finding and removing the objects themselves drastically reduces the historical information that can be gained from them, and disturbing the site to remove objects may destroy any evidence that could have been gained from that location.

It is with that in mind that the coordinators of the research project for Vinegar Hill Battlefield extend a reminder to all against the illegal use of metal-detectors on or in the environs of the site, and ask members of the community, that if they witness metal detection devices being used on the Hill or the environs, to immediately report any such sightings to the local Gardaí.

There are no metal detecting surveys planned for Vinegar Hill Battlefield by the research team at present, so if in doubt, or told that it is part of the research project, just call the Gardaí. Full details on advice to the public on the use of metal detecting devices and their impact on our archaeological heritage is available from the specially produced brochure by the Department of Arts, Heritage and The Gaeltacht, available on our website www.vinegarhill.ie or from the National 1798 Rebellion Centre, Millpark Road, Enniscorty.

Members of the public are also invited to check in there for regular updates, dates of upcoming information sessions or opportunities to participate.

A major three-year full archaeological study of the 1798 battle on Vinegar Hill in county Wexford has been announced.

The study is set to begin early this year and the three-year programme of archaeological, historical, and geographical research into the events of the Battles of Enniscorthy and Vinegar Hill has been recently given the full support of Wexford County Council. 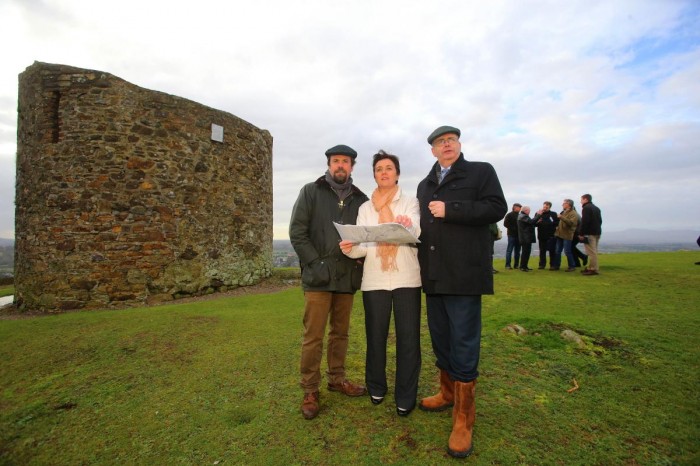 Commenting on the announcement, project manager, and manager of The National 1798 Rebellion Centre Manager Jacqui Hynes said, “We are delighted that this intensive study of this historical battleground has become a reality, and at the end of this study we hope to have a more complete picture of what exactly took place and the expanse of the Battles of Enniscorthy and Vinegar Hill, encompassing the dates of 28th May to 21st June 1798.”

Jacqui also points out that “Although there are significant historical accounts of the battle, from first-hand, to those written for ‘political’ purposes, which serve to add to our knowledge of the events, what is missing, is a full survey of the site and the battle in its entirety”.

The primary goal of the project is to pave the way for outstanding interpretation of the battle site and more importantly the conservation of Vinegar Hill Battlefield and its environs. In particular the programme aims to identify the extent of the battlefield, areas where intense fighting took place, the location of any temporary structures, weaponry, domestic ware, areas of engagement and fighting in Enniscorthy Town, and whether there were any mass graves in the locality.

Both national and international experts will add their expertise to this project, which in turn will place Vinegar Hill Battlefield at the forefront of battlefield research and interpretation in Ireland, and set a standard, which would become the new benchmark for all other sites.

The study will be carried out using a number of methodologies including non-invasive techniques, which will have no impact on the landscape of underlying archaeology such as LIDAR laser scanning, Ground Penetrating Radar, Magnetic Susceptibility and Gradiometry and Metal Detection amongst others. Some very limited excavation may be considered on parts of the Hill, purely to confirm or investigate features identified through the survey, and this would be in full compliance with all relevant legislation.

Jacqui also highlights the potential of this research “From our research into battlefield tourism, we are confident that this programme will propel Vinegar Hill Battlefield to a top attraction, but this can only be achieved through a comprehensive knowledge of the events and outcomes of the battle.” This pioneering project will be unique in so far as the projects co-ordinators will actively be seeking on-going community participation at various stages of the project in areas such as field walking and information gathering. The site study will also host visiting school groups, who wish to observe the study and site progress. The study findings will be exhibited at the 1798 National Rebellion Centre upon completion. It will be an interesting and exciting three years as we wait and see if Ireland’s most infamous battle site surrenders any long lost secrets.